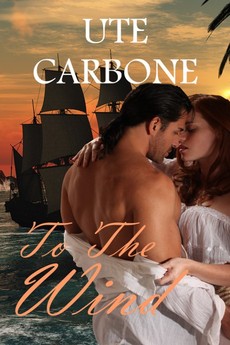 In the sequel to Sweet Lenora, Anton and Lenora sail away from trouble in Rio de Janeiro only to encounter new problems. With only half a crew and a first mate that is hated and feared, they venture to San Francisco plagued by threats, mutiny,and illness. As they arrive at their destination, the ghosts of the past come back to haunt them and may prove to be the greatest menace of all. At each turn, the love they have forged is tested. Will it prevail? 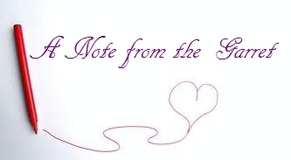 To the Wind is the second in a series of historical novellas. The first, Sweet Lenora, came out of an interest in trying my hand at writing about a time other than my own and a few romantic ideas about tall ships. I wrote it as a novella, enough to dip my toe into the genre, though maybe not dive in headfirst.
Anton and Lenora, the main characters in the series, had other ideas. Their story wasn't and couldn't be finished in the space of a novella. And so I did dive in, with a series of novellas about their love and their lives.
To the Wind is told in Anton's voice and is a continuation of a journey. It can be read on it's own or as a compliment to Sweet Lenora.
Buy at Champagne Books
Buy at Amazon
Buy at Barnes and Noble

Reviews of To the Wind 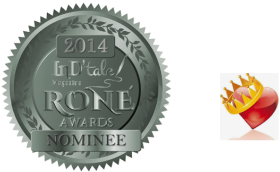 
"An awe-worthy love story and one of the few told entirely from the male perspective. Anton's warring emotions and gallantry are believable and his tenderness is particularly heartwarming. Carbone is a tremendous storyteller and it's easy to  to sail along in Anton's world."  Sofia St Angleles ,InDtale magazine

"Ute Carbone captures the reader's interest immediately with an adventurous, emotional tale of a sailor's life on the sea as they follow orders from bosses within the trade business of the California gold rush era. It also tells of incredible love, heartfelt compassion, and the pure admiration a young couple can have for one another. Ute Carbone's To the Wind has a bit of everything in it, making it appealing to many types of readers. It is a short story written so skillfully and descriptively it is as though you are watching a movie screen rather than reading a book."
5 stars from Michelle Robertson at Reader's Favorite.

"I highly recommend To The Wind for the richness of its characters, the story is flat out brilliant and Anton is still a dream. " Harlie's Book Reviews 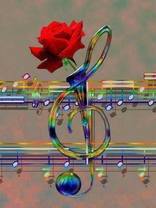 Since you 've asked
Judy Collins

Not with Haste
Mumford and Sons

To the Wind Extras

Break out the good chocolate! I'm writing a historical series!


You may wonder how a comedy-and-contemporary author like me wound up writing a historical series. About a year and a half ago, the publisher at Champagne Books put out a call, or request, for novellas featuring dark heroes. I had wanted to write something historical and I liked the idea of trying it out as a novella, a short form that is quicker (though not necessarily easier) to write than a feature length novel.

I wrote Sweet Lenora, the story of a ship builders daughter who stows away on a clipper ship to avoid an arranged marriage, and the captain of the ship she stows away on, who becomes her protector and later, her lover and husband. My editor and the publisher liked the story and it became part of the Dark Heroes series.

There was only one problem. The story didn’t feel quite….finished. So I decided to write a sequel. To the Wind is the result. The characters still aren’t finished telling their tale, so  Anton and Lenora became a series.

Anton and Lenora are a departure from the contemporary fiction I usually write. But departures can be a good thing, and I’ve loved writing about another time, with characters larger than life, and adventures on the high seas. I hope readers will love Anton and Lenora, too.