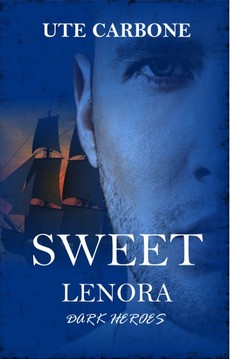 Lenora Brewer’s family owns the largest shipyard in Salem Massachusetts and Lenora, as her father’s only living child, is given free rein to learn the business. When Lenora’s father is killed in a carriage accident, her relatives arrange a marriage to a wealthy investor who is rumored to have beaten his first wife to death. Lenora devises a scheme to stowaway on The Sweet Lenora, a ship named for her.
The last thing Anton Boudreaux needs is a naïve young woman stowing away on his ship. The dark and daring captain has secrets of his own to protect.
When Sweet Lenora encounters a dangerous storm off the coast of Brazil, Lenora and Anton find in each other the courage and tenacity to brave the elements. As their love for one another grows it becomes a force to be reckoned with—and it will be sorely tested.
Read an Excerpt 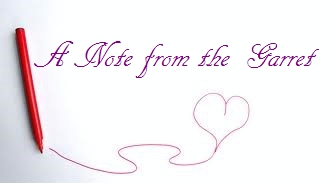 This little novella represents a big  leap of faith. My publisher, Champagne Books, put out a call for submissions. A call for submission is a shout out to authors that the publisher is looking for some specific thing. In this case, Champagne wanted to do a ‘dark heroes’ series, novella length stories that would feature a troubled hero, a man chased by demons who was having a hard time saving himself, let alone a damsel in distress.

My critic, Zelda, told me not to answer the call. Because, she reasoned, all of the heroes I’d created to date had been sweet, funny, lovable guys. They were the antithesis of dark hero. They were, if there is such a thing, light heroes.

I should, she said, think hard and long about moving in with a dark hero. Because moving in is exactly what character creation entails.

It takes me a good long while to write a book. During that time, the characters set up housekeeping in my head. They eat breakfast with me, go on walks with me, and follow me into the shower. Sometimes, they even invade my dreams. Spending that time with a ‘dark hero’ would be a risk. Was this someone you want to share a bagel with for months on end? Zelda asked.

Then my muse, Boo, spoke up. She reminded me that I liked challenges. She said that to grow as a writer, you have to be willing to try new things. You can’t not do it because you’ve never done it before, she said.

And besides, she added.  It’s a novella.  The submission guidelines called for twenty thousand words, which translates to about seventy book pages, give or take, or about one quarter of a full length novel.  It wouldn’t have to be a long term commitment. I could eat, walk, and shower with my dark hero for a couple of months and then, if I really found him despicable, could kick him to the curb without too many tears shed.

Much to Zelda’s chagrin, I took up the call. I created Anton Boudreaux, a sea captain living in 1851. Then I created the love of his life, Lenora Brewer, the daughter of a wealthy ship builder. I invited them to drink coffee and soap up and amble through the woods with me for a little while

A surprising thing happened. Or maybe it’s not surprising at all—because time and again, I fall in love with my characters as I write them to the page. I fell head over heels for my troubled sea captain and his feisty soulmate . I cherished the time spent in their company. The story captivated me enough that I wrote a part two--To the Wind—which you can read about here. And still, the characters weren't finished with me and I found myself writing an entire series.

I’d never written a series before. Zelda had a long list of reasons why I shouldn’t do it. But Boo, my sweet muse Boo, who is often the wiser part of myself, said go for it. You never know what good things might happen if you do. I followed Boo's advice and now there are three Sweet Lenora novellas, with a full length novel coming out soon to complete the story.

Five Stars! "With love at first sight, forbidden love, adventures on the ocean and in distant lands, unexpected events, characters that are unforgettable, the reader will enjoy a riveting story. The love story is one that piques the interest of most novel readers. Most readers can only fantasize about this kind of relationship and are thus drawn to it. Ute Carbone has skillfully captured readers' hearts, souls and minds through her emotional story telling." Michelle Robertson at Reader's Favorite
"Before you open this book, take a deep breath and find a place where you’ll not be interrupted. Sweet Leonora is fast-paced story that takes us on an adventure of the heart, far-away places and the sea. You’ll smell the salt air, the sweat of horses and the perfume of exotic gardens." Gary Bonn, Author of The Evil and The Fear