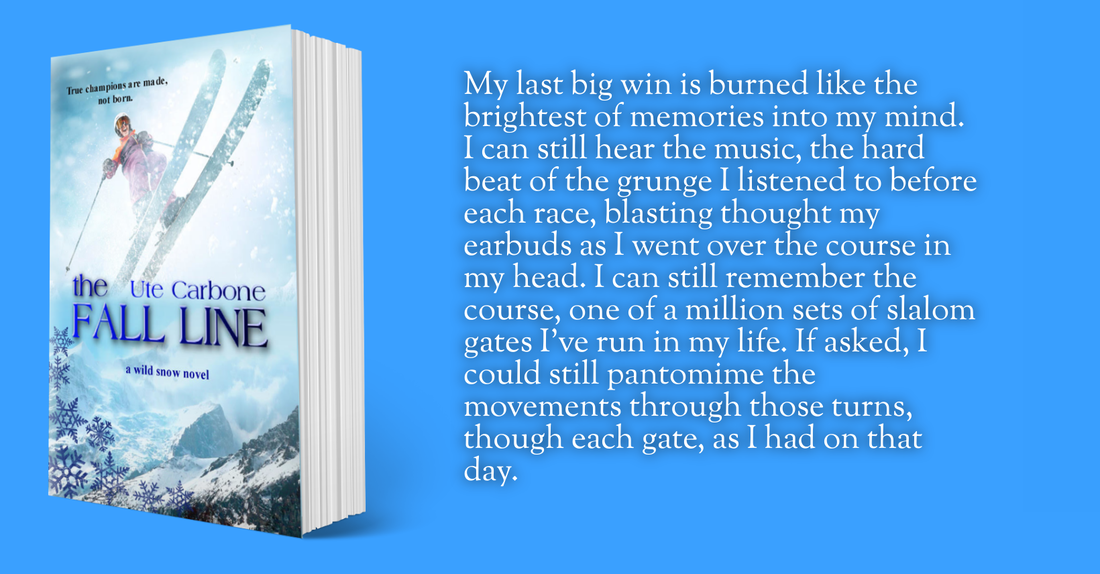 ​The beeper counts down to zero, the start bar slaps her shin, and there is nothing but the vertical pitch of the mountain, her skis roaring over hard snow and ice at breakneck speed. Mia Whitmeyer lives for this. Ski racing is her first love, her passion, her obsession. She chases down hills. She devours them. And, with six world cup titles and a string of Olympic medals, she's the best in the world at it.
At twenty- nine, Mia is old by ski racing standards and she knows her days of flying downhill are numbered—someday, in the not too distant future, she'll have to trade in her racing skis for some other, more moderate, existence. Someday hasn't come yet, though and she's resolved to win an unprecedented seventh world cup. Nothing will stop her, not a breakup with her long time boyfriend, not her best friend leaving the team, not even the sudden death of her beloved longtime coach.
When Creech Crèches, a man with whom Mia had a brief unrequited love affair with years earlier, becomes the new team coach, she is still deeply attracted to him. But Mia pushes her feelings aside; she will not allow them to interfere with her goals.
Then an accident in a downhill race turns Mia's world upside down. Immobile in a hospital bed far from home, unsure if she will ever walk, let alone race, again, she's forced to reexamine her life and her priorities.  As she struggles to regain her strength and fights to get back on her feet, she discovers a life full of possibilities beyond a downhill run and a love that can rise above her need to conquer mountains
Available at Amzon
Powered by