Searching for Superman
If the perfect man existed, why did he keep eluding her? 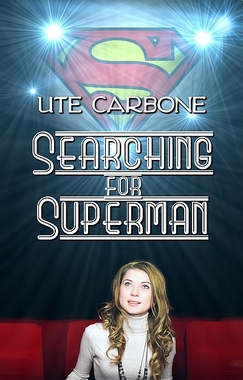 Stephanie Holbrook has finally found a job she really loves: working as an assistant to Conrad Finch in a small regional theater that’s about three dollars and a power outage from being torn down.  Stephanie wishes her love life would be as perfect as her job. She’ll be thirty on her next birthday and she still hasn’t found Mr. Right.  According to Stephanie, Mr. Right has to be strong and brave, with great values and good looks. A guy a lot like Superman.

When Doug Castleberry shows up at her niece’s birthday party dressed as Superman, Stephanie is positive he’s not the real deal. Sure, he’s great with kids and he’s kind of cute.   But he’s just a high school teacher making extra money by dressing up for kid’s parties. Hardly the strong, brave, and drop-dead gorgeous guy she’s looking for.

As the theater teeters ever closer to the edge of disaster, Doug proves to be a better man than Stephanie had ever imagined. Could he be the Superman she’s been looking for all along? 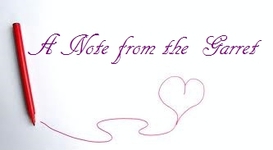 The idea for Searching for Superman came from a blog post by a single guy, in which he lamented that, though women say they like nice guys, it seems like the bad boys are always the ones that capture their imaginations and their hearts.
Romance is often filled with Alpha heroes, he-men, princes who will sweep a girl off her feet. Guys like superman. But what about the ordinary guys? The nice guys who aren't superheros? Doug Castleberry, the hero in Searching for Superman, is one of those. An ordinary guy who is, in his own way, brave, strong and handsome.
My husband and I are theater fans and, while the idea for the story brewed, we went to see a production at a beautifully restored regional theater. On the back of play bill was the theater's colorful history, which included a period when it stood abandoned and was nearly torn down. It was the perfect place for a woman who was searching for a super-hero fantasy man to work, and so I invented the Rialto, an old beauty that teetered on the brink of destruction, and was desperately in need of someone to save the day
Ute
Buy at Champagne Books
Buy at Barnes and Noble
Buy at Amazon

Reviews of Searching for Superman

"Searching for Superman was a feel-good story with an easy to follow plot and very likeable characters. I recommend this to all women who enjoy a good love story with a touch of suspense thrown in." Trudi LoPreto at Reader's Favorite Reviews
"I’d recommend Searching for Superman to any reader who enjoys light, sweet romance with a generous dash of humor." Nora Raines at Divas of Desire