Flash!
Short short stories you can read in a flash. 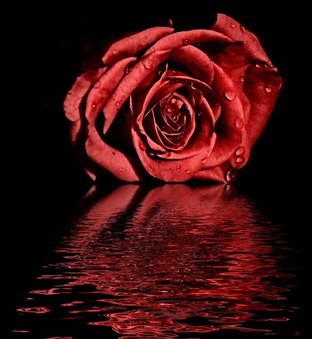 The doorbell rings at five am. The woman puts on her robe and goes to answer the door.

The man awakens in a hotel far from home. He knows it is far, yet he has only a vague notion of where, a notion like the remnant of a dream that clings to his brain like the scent of over-ripened apples. He does not know why he came. If someone were to ask how he’d gotten here, he could not answer.
The hotel is first class. On the credenza, in a bone-fine porcelain bowl, there are strawberries ruddy and fresh and, next to this, a silver tray piled high with pastry. The coffee steams when he pours.

She wakes the boy and helps him dress. He complains that it is early. “Hush,” she says.

The man remembers a young boy and a woman. He carries a photo of them in his wallet, protected by a plastic sleeve near his credit cards.  He takes the photo out and examines it. He loves them, the woman and the boy.  Though, in truth, he has trouble with the exactness of them. He cannot, for example, remember the tone of the woman’s voice. He cannot remember how the boy smelled when waking from a nap.

The woman parks the car in the near- empty lot, her hands trembling.

The well-appointed room looks out over a courtyard of palm trees and a swimming pool, deep blue at the center. He sits watching the water shift and ripple as he tastes the berries, brimming with cream. Light colors the room and shadows dance lightly over the bedclothes.

The building is over-cool. An air conditioner hums.

He curls on the bedcover like a child still in the womb. His body feels heavy, narcoleptic. Sun pours into the room and he lies in the blanketing warmth and closes his eyes. Under his eyelids, red heat bobs and fades to black.

She passes through the next days by rote.

When he awakens again, shadow fills the room. The dishes left on the credenza have been replaced by a spray of roses in a cut crystal vase, the rose heads heavy with deep red blooms. A few petals have drifted to the lace, red on white like drops of blood. He picks one and strokes it against his cheek. From somewhere he remembers the caress of hand, a dark wetness, a sharp and angular joy. He drops the petal as though stung. It flutters to the carpet.

She clutches the thornless rose and feels a phantom sting.

The sky outside of his window is made of oyster shell. A cool breeze billows the curtains, breathing them in and then out again.

The boy shuffles, uncomfortable in his Sunday shoes.

He has lost track of the time, and he checks his watch. Six o’clock, two hands pointing in opposite directions under the watch glass. The second hand has stopped, caught in a third direction at the nine. He shakes the watch, once then twice, as though drying it. The second hand does not move. He holds the watch face to his ear and hears the stillness.

A long line of cars crawls through town.

He knows that this should concern him. He remembers that he has been a carefully measured man.  He has lived inside of minutes- forty-five minutes from house to office, ten minutes for a morning shower, sixty minutes in which to eat lunch. All of his life has been measured and he feels the urgency to measure it now. He wants to understand himself inside of this room. How long since he checked in? How long will he stay?

The sun is high. Time no longer seems to matter.

He thinks again of the woman and the boy. Astrid, he thinks. Ethan. But he may as well have pulled their names from a phone book at random. Astrid. Ethan. Yes, he was almost sure, but then the names slip into the cracks of memory. He panics at the loss. Ethan. He draws it back and holds it tenuously. He fishes for his wallet and finds the photograph.
They are on a beach. The woman wears a blue bathing suit. Her hair is blonde, like the boy’s.  The boy is missing two front teeth. He runs his fingers over the picture and tries to remember the day. It had to have been summer. Was it last month? Or have years past since?

She traces her fingers over his photograph and hopes that she won’t forget his face.

There is a knock on the door. A waiter dressed in white wheels in a cart. He smiles at the man and lifts the silver cover off of the salver. A steak sizzles next to a salad, crisp and green. He checks his billfold for a tip. His wallet is empty.

They glide into the empty space. She takes the boy’s hand.

The waiter returns with a glass of red wine. The wine reminds him of the woman. He pulls a terrace from his memory. Laughter. Fresh cut grass. He needs to call her. He asks the waiter for a phone. The waiter shakes his head and lays a pair of blue swim trunks on the bed.

The woman and the boy walk hand in hand through the grass.

Swim. Yes. This is what he would do. He would not call the woman. He no longer knew what to say to her. He could ask her about the boy. Was there a boy?
He dives into the pool. The water splashes. It is cool against his skin. He parts it with his hands and it arcs and angles. A breeze twists the head of palms and, above them, the dark sky gathers and is swept with stars.

She winces at the dull thud as the coffin settles into its new home.